Home • Actions against Public Entities • Notice of Claim: Under what circumstances is the ninety day deadline waived? 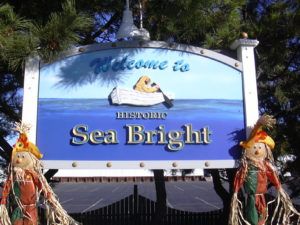 In a recent published decision from the New Jersey Appellate Division, the state’s intermediate appeals court found counsel’s failure to file a timely notice of claim was could be excused by an attorney’s grave medical condition. Pursuant to N.J.S.A. 59:8-8(a), a notice of claim must be filed within ninety days of the accrual of his claim when bringing an action against a public entity, such as a township, county, or the State of New Jersey. Under certain circumstances, a notice of claim may be filed more than ninety days from the day of the accrual of the claim, with permission from the court.

In Beyer v. Sea Bright Borough, et al,. ______ N.J. Super. ______ (May 19, 2015), Brian Beyer appealed the denial of his motion for leave to file a late notice of claim under the New Jersey Tort Claims Act. The salient facts are as follows: On August 10, 2015, Beyer was arrested by members of the Sea Bright Police Department following a melee at a cabana club. According to the police, Beyer did not cooperate with police and resisted arrest. After arriving at police headquarters, he allegedly acted belligerently, kicked the cell door, and screamed profanities. Beyer, on the other hand, submitted he was physically abused by police at the time of his arrest, subsequent transport to headquarters, and during his incarceration, even requiring treatment by emergency medical technicians at police headquarters. Beyer was eventually charged with a host of offenses. On August 13, Beyer voluntarily enrolled in a residential treatment program in Florida and was diagnosed with generalized anxiety disorder. During his rehabilitation, Beyer’s physical injuries began to manifest, including an abdominal hematoma.

Beyer returned to New Jersey on September 16 and retained an attorney to represent him in a civil suit against the police department for police brutality. Unfortunately, the attorney fell gravely ill and his condition necessitated emergency surgery. In December, Beyer’s attorney informed him he was too sick to continue working on his matter and, unfortunately, passed away shortly thereafter. Beyer obtained new counsel almost immediately on December 30. On January 8, Beyer, through his new counsel, filed a notice of claim against Sea Bright Borough and its police department. The notice asserted Beyer had been assaulted during his arrest, resulting in cuts, bruises, abrasion, and an abdominal hematoma.

Because the notice of claim was filed more than ninety days after the incident, Beyer filed a motion for leave to file a late notice of claim. The supporting papers including a certification from his current attorney detailing his prior counsel’s illness. The Law Division, relying heavily on D.D. v. University of Medicine & Dentistry of New Jersey, 213 N.J. 130 (2013), concluded that Beyer’s notice of claim was filed out of time and denied his motion. Beyer moved for reconsideration, which was also denied. Beyer then appealed to the Appellate Division.

In an opinion authored by the Honorable Alexander P. Waugh, the Appellate Division found that an attorney’s illness satisfies the extraordinary circumstances contemplated by N.J.S.A. 59:8-9, which allows for the filing of a late notice of claim. Distinguishing the matter at hand from D.D. v. UMDNJ, the panel found an attorney’s failure to act due to serious incapacity or death should not be equated with mere inattention. The panel reversed and remanded to the Law Division for a plenary hearing to determine the facts surrounding Beyer’s failure to file a timely notice of claim and the extent to which it was the result of Kuhn’s grave illness.