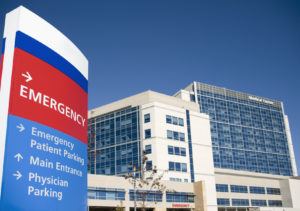 In Joyner v. Ortiz, Superior Court of New Jersey, Appellate Division, Docket No. A-2264-12 (July 8, 2013), the appellate panel held, despite plaintiff’s failure to name a defendant hospital within the two year time statute of limitations, the case could proceed against the hospital named in the amended complaint, as the wrongful death complaint was timely filed within the Statute of Limitations and defendants were named as a party in the amended complaint, rather than in a successive action.

The action arose out of the death of Wanda Pennington on September 18, 2008 after she was presented for treatment at the Emergency Room at Trinitas Regional Medical Center (Trinitas). Plaintiff Lori Joyner, individually and as administrator of the estate of Pennington (plaintiff or Joyner), timely filed a wrongful death action against three doctors – Edgardo Ortiz, Khamis G. Khamis, and Allison I. Haders in August of 2010 in the Superior Court of New Jersey, Middlesex County. The beneficiaries of the estate included Ms. Pennington’s three minor children. In May of 2012, plaintiff filed her first amended complaint to name an insurance company. In July, 2012, plaintiff again amended her complaint to add Phoenix Physicians, LLC and Trinitas Emergency Solutions, P.C. as defendants. In August of 2012, almost four years after Pennington’s death, and two years after the original complaint had been filed, plaintiff amended her complaint a third time to add Trinitas as a defendant. Her cause of action was based on a theory of apparent authority over the individually named doctors. Trintas filed a motion to dismiss plaintiff’s complaint as time-barred under the wrongful death statute of limitations, N.J.S.A. 2A-31:3. The trial court judge, The Honorable Richard S. Rebeck, denied the motion.

Citing to LaFage v. Jani, 166 N.J. 412, 430 (2001), Judge Rebeck found “the infants had a right to have the matter litigated and that the wrongful death statute of limitations did not apply, given the status of the estate’s beneficiaries as minors.” Further, Judge Rebeck found Trintas’ non-participation in pre-trial discovery was an “inconvenience” but it was not prejudiced by the delay. Trinitas appealed.

The appellate court explained the statute of limitations under N.J.S.A. 2A: 31-1 lasts for two years and a cause of action must be filed within that two-year time frame. The court elaborated, however, that “[a]pplying minority tolling to wrongful death actions is consistent with the applicability of minority tolling to other complex tort actions. Additionally, prior to N.J.S.A. 2A:31-3, an action for wrongful death did exist at common law where statutes of limitations are viewed as being procedural as opposed to being substantive in nature. Therefore, equitable tolling principles can apply.” Further, “application of minority tolling to the wrongful death statute of limitations was based upon its determination that the Legislature intended such an interpretation . . . .” Therefore, due to the Legislature’s intent, the principles behind equitable tolling, and the authority stating that the hospital can be joined as a party (Estate v. Cordero v. Christ Hospital, 403 N.J. Super. 306 (App. Div. 2008)), Trinitas’ motion to dismiss Joyner’s third amended complaint joining them in the suit was not appropriate and there was no basis to overturn the trial court’s decision to allow Joyner to amend her complaint.