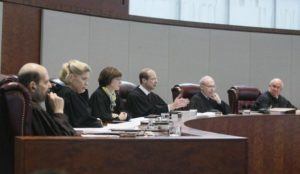 In Citizens United Reciprocal Exchange (CURE) v. Sabrina A. Perez et al., ______ N.J. _______ (2015), the Supreme Court of New Jersey confirmed an insurer’s liability for a third–party’s bodily injury claims when a policy is rescinded as a result of fraud. However, the Court held the insurer is only liable up to the contracted policy limits of $10,000, which the insured opted for as her limits when she purchased the policy

CURE insured the vehicle of Sabrina Perez under a basic policy of insurance, pursuant to N.J.S.A. 39:6A-3.1, with $10,000 in liability coverage, which is considered a “basic policy” in New Jersey. Perez’s boyfriend and father of her children, Luis Machuca, was driving the vehicle and became involved in an accident with another car, driven by Dexter Green. Machuca lived with Perez at the time, however, she did not list him as a resident of the home on her insurance application. As a result of injuries sustained in the accident, Green brought a personal injury claim against the policy issued by CURE.

Perez admitted Machuca did reside with her and furthermore, she had willfully failed to disclose him on her insurance application. As a result, CURE voided the policy due to the misrepresentation and filed a declaratory action seeking an order that the policy was void, that Perez and Machuca were liable to CURE for compensatory damages due to the fraudulent application, and that CURE was not required to provide any liability coverage to third parties. Green and his insurer, defendant Progressive Garden State Insurance Company, filed an answer to the action.

After a bench trial, the trial court determined Machuca was not entitled to any coverage under the policy due to the misrepresentations made by Perez regarding his residence at the time of the accident. The court further determined the policy was void as to Machuca, however, citing New Jersey Manufacturers Insurance Co. v. Varjabedian, 391 N.J. Super. 253 (App. Div), certif. denied, 192 N.J. 295 (2007) and N.J.S.A. 39:6-48(a), reformed the policy to $15,000, as “an insurance carrier may not retroactively void a policy after its insured becomes liable to an innocent third party for damages.” $15,000 per person and $30,000 per occurrence is the mandatory minimum levels provided by N.J.S.A. 39:6A-3. Perez’ policy, however, was only issued to provide coverage up to $10,000.

The trial court, relying on Marotta v. New Jersey Automobile Full Insurance Underwriting Association, 280 N.J. Super. 525 (App. Div. 1995), aff’d o.b., 144 N.J. 325 (1996), concluded a driver has the right to expect all other drivers will be insured to the extent required by compulsory insurance. Thus, the court held “15/30 is still the standard minimum coverage in the State of New Jersey.” The decision further noted Varjabedian likewise held a person covered with compulsory standard liability insurance with the mandated underinsured motorist (UM) coverage has the right to expect that all other drivers with compulsory standard policies will have limits of at least 15/30.

The Appellate Division, in an opinion authored by the Judge Margaret M. Hayden, J.A.D., affirmed the trial court’s decision. The majority of the panel agreed the policy should have been voided due to the fraud of Perez in procuring the policy. However, for the purposes of innocent third parties, the voided policy should be reformed to the mandatory minimum liability insurance coverage under of $15,000 per person and $30,000 per occurrence. However, Judge Victor Ashrafi, J.A.D., dissented. Judge Ashrafi argued CURE should only be entitled to provide coverage up to $10,000, which were the terms of the actual insurance policy purchased by Perez, pursuant to N.J.S.A. 39:6A-3.1. Judge Ashrafi observed the fraud against CURE had nothing to do with the amount of coverage in the policy and therefore, the court should not increase the amount of coverage available above the limits of the purchased policy.

The Supreme Court overturned the Appellate Division decision, holding, as the Appellate Division dissent found, CURE was liable only for the $10,000 in coverage which Perez opted when she purchased her policy. The Court pointed to the 1998 AICRA Legislation, which authorized as “basic automobile insurance policy” as an alternative to the mandatory liability and PIP benefits coverage required under the standard policy. Factually distinguishing the case at hand from Varjabedian, the Court found the policy at issue there was a $15,000/$30,000, unlike the minimum policy of $10,000 here. “Here, Perez contracted for third-party bodily injury liability coverage in the amount of $10,000. Although the $10,000 coverage was optional rather than compulsory, it is an option created by statute, N.J.S.A. 39:6A-3.1(c), and is part of our comprehensive scheme of automobile insurance coverage required of motorists on the roadways in New Jersey. Given that the statute aims to encourage drivers to seek coverage, we find that it would be both unjust and contrary to public policy to invalidate and disregard this minimal amount of liability coverage bargained for by the insured. Indeed, a contrary result would undermine the purpose and practicality of this State’s comprehensive statutory no-fault insurance system.” The Court concluded that CURE was liable only to Green in the amount of $10,000.

Our experienced New Jersey car accident attorneys at Mazie Slater Katz and Freeman offer aggressive representation to recover damages for personal injuries and other damages. If you or a loved one were injured in a single car accident, contact the aggressive New Jersey law firm of Mazie Slater Katz & Freeman. We’ll respond as soon as possible to discuss your case while you concentrate on your recovery.