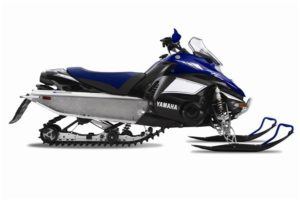 Can you imagine going for a ride on a snowmobile, checking underneath to clear any problems just like most other snowmobilers do, and suddenly having an accident, resulting in your leg being severely injured, necessitating amputation?  This was what one plaintiff, Dennis Mohr (“Mohr”) had to go through in Mohr v. Yamaha Motor Company Ltd., Superior Court of New Jersey, Appellate Division, Docket No.: A-5194-10T4.  Yamaha Motor Company, Ltd. And Yamaha Motor Corp., USA (“Yamaha”) appealed from an amended judgment, incorporating an additur resulting in a $2.5 million grand total award for plaintiff Mohr.  Mohr suffered the loss of his right leg after trying to clear out a fouled spark plug with one of his friends, Kennedy.  The snowmobile’s track broke off and flew backwards, striking Mohr’s leg and partially severing it.  His leg had to be amputated above the knee.  As a result, Mohr filed suit against Yamaha alleging there was product liability for the design defect and the lack of an appropriate warning label being provided.  The warning label should have provided for an “adequate warning against lifting the machine while it was running.”

Yamaha appealed arguing the trial judge should have granted their motion for a new trial because of errors including “the erroneous grant of a directed verdict on whether Mohr’s use of the snowmobile was objectively foreseeable; and . . . the judge erred in granting plaintiff’s additur motion.”   Notably, Yamaha did not challenge the $1.5 million pain and suffering award as being excessive.

Mohr was not the average plaintiff because he had considerable experience operating heavy equipment, and owned his own excavating business while only having a high school education.  Because of the training he had and his experience purchasing used machines did not come with owner’s manuals, Mohr usually only did not require manuals to learn how to use equipment.  He did not read the owner’s manual for the snowmobile when using one of his friend’s snowmobiles while visiting.  Mohr believed the problem with the machine was a “fouled sparkplug.”  Mohr engaged in lifting the machine to try to clear the plug by revving the engine, and stood to the left-rear of the vehicle when the track snapped off the machine and severed a good part of Mohr’s leg.  In lifting the machine, the men grasped the rear handle to lift up the machine.

The machine contained a printed sticker stating to read the owner’s manual contained fifty warnings and more advice.  There was no warning as to lifting the machine or lifting it while the engine was running.  Mohr’s experts stated in part such a warning should have placed on the machine.  The jury agreed finding there to be a warning label problem resulting in Mohr’s damages, but not a design defect.  The jury further found nothing interfered with this reasonable finding of liability.  In the appeal to the second trial on the issue of pain and suffering, the court reiterated the somewhat lengthy body of the applicable law on granting or denying a new trial, the Product Liability Act, and how a manufacturer can escape liability in a “failure to warn” case.  In short, there are some important factors the court must take into account when deciding this adequate product warning case which include what reasonable people would do when placed in a similar situation as Mohr given the fact there was a handle on the back of the snowmobile; how likely a plaintiff would consult and apply the material of the manual; what the manufacturer actually knew or should have known based on information reasonably obtainable and should have alerted a reasonably prudent person to act.  The biggest pieces of evidence assisting Mohr win his judgment was Yamaha actually destroyed the information that may have very well told them a vast majority of snowmobile users lift the vehicle using the rear handle and rev the engine to clear any debris or cure the spark plug issue as with this case – this took care of objective foreseeability, which is perhaps the biggest factor in a tort claim or a products liability claim.  Furthermore, the court found on the appeal  there was no “heeding presumption” applicable if Mohr read the manual because it is very unlikely to read such a manual at a friend’s house and it provided verbose content that reasonable snowmobile users would not be able to recall.

Our experienced New Jersey car accident attorneys at Mazie Slater Katz and Freeman offer aggressive representation to recover damages for personal injuries and other damages. If you or a loved one were injured by a defective product, contact the aggressive New Jersey law firm of Mazie Slater Katz & Freeman. We’ll respond as soon as possible to discuss your case while you concentrate on your recovery.