Home • Blog • Have You or Someone You Know Used Benicar, Benicar HCT, Azor, or Tribenzor?

Mazie Slater Katz & Freeman is currently on the forefront of investigating claims and filing suit against Daiichi Sankyo, the manufacturer of Benicar, Benicar HCT, Azor, and Tribenozor – products which contain the active ingredient Olmesartan medoxomil. Studies have linked olmesaratan with several maladies, most important, a condition called sprue-like enteropathy, a rare and debilitating gastrointestinal disease, which is often characterized by severe and uncontrollable diarrhea. 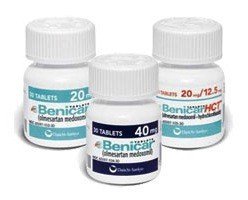 The study followed twenty-two patients who used olmesartan containing medication and were initially diagnosed with Celiac disease, based on their gastrointestinal symptoms, however, blood tests did not support this diagnosis. Typically patients who have been diagnosed with Celiac begin to improve when adhering to a gluten-free diet, however these particular patients did not respond to the diet and continued to have severe gastrointestinal symptoms. Upon discontinuation of the olmesartan product, all twenty-two patients noticed their symptoms began to subside or disappear and the patients began to regain weight.

Several months following the Mayo Clinic Study, researchers from the American College of Gastroenterology noted olmesartan had been linked to an additional forty cases of sprue-like enteropathy.

On July 3, 2013, the Federal Drug Administration (FDA) issued a warning the blood pressure medication olmesartan medoxomil (Benicar, Benicar HCT, Azor, Tribenzor, and in the generic form as olmesartan medoxomil) can cause sprue-like enteropathy. According to the FDA Safety Announcement, this GI disorder can cause symptoms that include severe, chronic diarrhea with substantial weight loss. The condition may take months or years to develop or diagnosed and may require hospitalization. Some patients suffer permanent injuries.

If you or a loved one is taking an olmesartan containing drug, such as Benicar, Benicar HCT, Azor, or Tribenzor, and have developed gastrointestinal problems, you are advised to speak with a doctor to discuss your options and other alternative medications. Patients should not discontinue medicine without first speaking to a doctor.

If you or a loved one was diagnosed with this condition or experienced side effects similar to, or diagnosed as, Celiac Disease, colitis, irritable bowel syndrome (IBS), Crohn’s Disease, or diverticulitis while taking Benicar, Benicar HCT, Azor, or Tribenzor, our attorneys may be able to help. You may be able to bring a lawsuit against the manufacturer to recover compensation for medical expenses, pain and suffering, and other losses. Our firm has filed numerous cases for injured people from all over the United States, and partner Adam Slater has been appointed co-lead counsel for all plaintiffs in the Federal Benicar litigation.

At the New Jersey law firm of Mazie Slater Katz & Freeman, we are a leader in successfully suing manufacturers of dangerous prescription drugs. Read about how our New Jersey lawyers won an $11.1 million jury verdict in a case against Johnson & Johnson for pelvic mesh.