Home • Actions against Public Entities • Why is it important that your expert doesn’t give a net opinion? 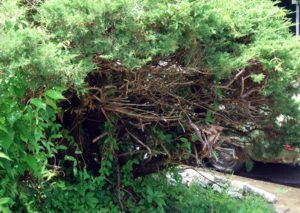 In Townsend v. Pierre, 221 N.J. 36 (2015), in an unanimous decision authored by Justice Patterson, the New Jersey Supreme Court held experts must, “be able to identify the factual bases for their conclusions, explain their methodology, and demonstrate that both the factual bases and the methodology are reliable.” For a plaintiff, this means the expert must be able to accurately explain and discuss who they came to the conclusion they are testifying about and rely on sound methodology.

The accident that gave rise to this decision happened in 2008 in the Township of Willingboro, New Jersey at an intersection controlled by a stop sign. Plaintiffs alleged the lot adjacent to the intersection obscured the view of oncoming traffic because of overgrown shrubbery. Defendant Pierre testified at her deposition as she attempted to turn left out of the intersection, the shrubbery initially obstructed her view – however, as she edged up further into the intersection, she was able to see oncoming traffic and the shrubs no longer impeded her line of sight. Immediately after Pierre commenced her left turn, she collided with Townsend’s motorcycle, fatally injuring Townsend. Plaintiffs, on behalf of the Estate of Townsend, brought suit against Pierre and the owners of the property for failing to properly cut and maintain the overgrown vegetation on the property, presenting a hazardous condition for drivers. Plaintiffs additionally brought suit against the Township and the County of Burlington for negligent design of the intersection and causing the view of motorists to be obstructed by the vegetation and/or bushes on the property.

Plaintiff served the report of Nicholas Bellizzi, P.E., a professional engineer, proffering the intersection was improperly maintained by the Township and County as the overgrown bushes were the cause of the accident. The expert contended the entities had actual and constructive notice the large shrubbery on the property created a barrier and obstruction to drivers attempting to turn at the intersection. The report addressed the standard of care the owners of the property owed to the public, their breach of the Township’s parking and traffic code, as well as whether the property owner’s breach of the Township’s ordinances was the cause of the fatal collision. Despite Pierre’s testimony the shrubs did not ultimately affect her view, the expert concluded the shrubbery was the proximate cause of the accident.

Defendants [Township, County, and Property Owners] moved to strike Bellizzi’s report as a net opinion, not grounded in facts in the record. The motion judge granted defendants’ motion, finding the expert’s opinion must be “supported with facts in the record and further, Bellizzi offered neither evidentiary support nor an engineering analysis to counter Pierre’s testimony.” Therefore, the report authored by Bellizzi stated a net opinion. The judge then granted defendant’s motion for summary judgment.

Plaintiffs appealed the trial court’s determination and the court reversed the holding as to the property owners. The Appellate Division reversed, finding the trial court abused its discretion when it determined Bellizzi’s report constituted a net opinion. While the opinion fell short of what was required to allow “unconditional admission” of the opinion, they surmised the opinion could be saved through the use of a hypothetical question, with a corresponding limiting instruction.

The Supreme Court disagreed and reinstated the trial court’s grant of summary judgment. Justice Patterson first discussed the admissibility of expert testimony, as governed by N.J.R.E. and N.J.R.E. 703. N.J.R.E. 702 dictated the three core requirements for the admission of expert testimony: “(1) the intended testimony must concern a subject matter that is beyond the ken of the average juror; (2) the field testified to must be at a state of the art such that an expert’s testimony could be sufficiently reliable; and (3) the witness must have sufficient expertise to offer the intended testimony.” N.J.R.E. 703 further directs an expert’s opinion must be “grounded in facts or data derived from (1) the expert’s personal observations, or (2) evidence admitted at the trial, or (3) data relied upon by the expert which is not necessarily admissible in evidence but which is the type of data normally relied upon by experts.” The net opinion rule is a corollary of N.J.R.E. 703 – the rule forbids the admission into evidence of an expert’s conclusions that are not supported by factual evidence or other data. “The rules requires that an expert give the why and wherefore that supports the opinion, rather than a mere conclusion.”

Furthermore, the net opinion rule mandates an expert be able to identify the factual bases for their conclusions, explain their methodology, and demonstrate that both the factual bases and methodology are reliable. An expert’s conclusion will be “excluded if it is based merely on unfounded speculation and unquantified possibilities.” Therefore, the hypothetical questions suggested by the panel are in appropriate because a fact finder would be asked to assume the party’s account of the accident was in error. This would mean the opinion lacked the requisite foundation in the facts of the case. Therefore, Bellizzi’s expert opinion was indeed a net opinion, and was properly excluded by the trial court. Without any opinion to support the plaintiff’s theory of causation, summary judgment was proper and the case was correctly dismissed.