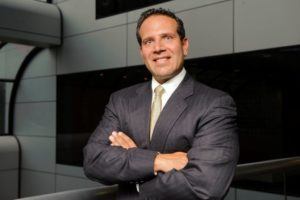 A recent decision by the Third Circuit Court of Appeals has held when a patient assigns payment of insurance benefits to his or her healthcare provider, without explicitly referring to the right to file suit, the assignment of benefits alone is sufficient enough to give the provider standing to sue for those benefits under ERISA § 502(a), 29 U.S.C. § 1132(a).  In North Jersey Brain & Spine Center v. Aetna, Inc., ___ F.3d ___ (3d Cir. 2015), argued by our own, Eric Katz, the Third Circuit reversed the District Court’s finding that the provider lacked standing to bring suit in this circumstance.  In an opinion authored by The Honorable Judge Michael Chagares, the Third Circuit resolved a split among District Courts, acknowledged by  U.S. District Senior Judge William Martini  in his opinion below, that had led the court below in this case to certify the issue for review under 28 U.S.C. §1292(b) as “a controlling question of law as to which there is substantial ground for difference of opinion.”

The opinion is critical to patient’s rights, as it allows doctors to treat patients without demanding they prove their ability to pay up front, giving patients better access to health care, the panel stated in their opinion.

Aetna did not question that an ERISA plan participant or beneficiary can sue under §502(a) to recover benefits due to him or her under applicable plan terms.  CardioNet, Inc. v. Cigna Health Corp., 751 F.3d 165 (3d Cir. 2014), had made clear that the participant or beneficiary can assign those rights to a healthcare provider, thereby conferring “derivative standing” on the provider.

However, the argument came in how detailed the language of the assignment must be in order to give the provider standing to sue.  Plaintiff, North Jersey Brain and Spine Center, on behalf of three patients who were enrolled in health plans run by Aetna, argued “an assignment of the right to payment is sufficient” to confer standing on the provider.  The statute itself was silent on the issue. Aetna contended “an assignment must explicitly include not just the right to payment but also the patient’s legal claim to that payment if a provider is to file suit.”

The Third Circuit agreed with plaintiff.  “An assignment of the right to payment logically entails the right to sue for non-payment.”  Judge Chagares observed that every other Court of Appeals to confront this issue had ruled as the panel did here. Judge Chagares found the intent of Congress was to “protect … the interests of participants in employee benefit plans” and serve patients’ interests by increasing their access to care.  “It does not seem that the interests of patients or the intentions of Congress would be furthered by drawing a distinction between a patient’s assignment of her right to receive payment and the medical provider’s ability to sue to enforce that right.”  The whole purpose of assignments to providers is to ensure that “providers, confident in their right to reimbursement and ability to enforce that right against insurers, can treat patients without demanding they prove their ability to pay up front.  Patients increase their access to healthcare and transfer responsibility for litigating unpaid claims to the provider, which will ordinarily be better positioned to pursue those claims.”

Five other courts of appeals have considered the same question, and similarly to the Third Circuit, have all have concluded that assignment of benefits is sufficient to confer standing to sue under ERISA.